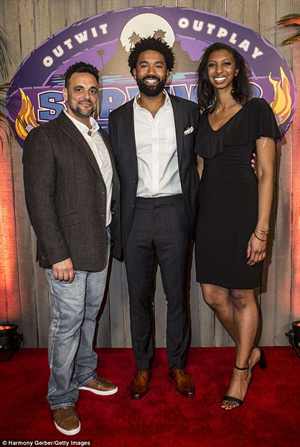 Holland, a furniture designer and entrepreneur in Philadelphia, won after a final tribal counsel vote ended in a tie between two of the three finalists. It was the first time in the show’s history that things ended in a tie.

The deciding vote was cast by the third finalist, who chose Holland, a Phi Beta Kappa Morehouse graduate who also graduated from law school at the University of Pennsylvania.

Holland who survived 39 days and 13 challenges in ending up as one of the final three castaways, earned $1 million for the win.