Morehouse Professor Writes Book On W.E.B. Du Bois and the Culture of Competition 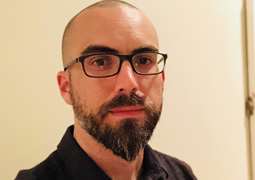 Dr. Andrew J. Douglas, an associate professor of political science at Morehouse College, has written a new, thought-provoking book on the activist and author W.E.B. Du Bois and his views on the intersection of race and competition in American society.

W.E.B. Du Bois and the Critique of the Competitive Society, Douglas’ second book, was recently released by UGA Press to favorable advance reception. The Morehouse professor has been invited to give talks this fall at several universities around the country, including the University Virginia, the University of Chicago, and Yale University.

One of the co-founders of the NAACP and a father of Pan-Africanism, Du Bois was a pioneering African American scholar, intellectual, and civil rights activist. He was the first African American to earn a Ph.D. from Harvard University, graduating in 1895, and was also an outspoken proponent of liberal arts education. Several of his most prominent writings, including The Souls of Black Folk (1903) and Black Reconstruction in America (1935), were published during his tenure as a professor at Atlanta University. 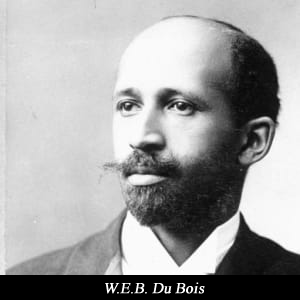 During his years at Atlanta University, Du Bois became nationally renowned for publicly opposing Booker T. Washington's "Atlanta Compromise" speech that asserted that vocational education would provide a greater economic boost to blacks than the advantages of earning a college degree or winning a political office. Du Bois also developed the term “the Talented Tenth," describing the probability of one in 10 black men emerging as leaders of their race.

“Du Bois is such a towering figure, familiar to so many, but this book offers a new interpretive lens,” Douglas said. “My hope is that it will speak to a broad readership and stimulate more critical dialogue about a way of thinking and behaving that most of us simply take for granted.”

Douglas said his new book was inspired by his lively political theory classroom discussions with Morehouse students. The book revisits Du Bois’ Depression-era writings on capitalism and liberal democracy. It explores Du Bois’ evolving concerns about the structure of a society set up to produce winners and losers.

Advocates of social justice frequently emphasize ideals of equal opportunity and fair play. But even fair competition guarantees loss and defeat for some, argues Douglas, and competitive social relations tend to encourage the exploitation of racial and other differences in the pursuit of competitive advantage. “Ours is such an unequal society, one in which race is so bound up with cycles of loss and defeat,” Douglas said. “We need to follow Du Bois and expose our public commitments, perhaps especially our commitment to competition, to far more critical scrutiny.” 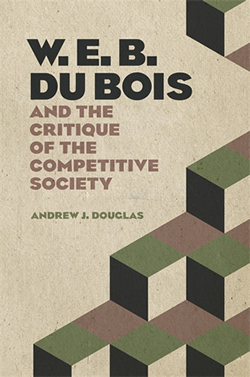 Douglas’ new book also includes a stimulating discussion of the purpose and value of Historically Black Colleges and Universities or HBCUs. “In his later years especially, Du Bois articulated a bold and radical vision for the black college as an institution that could challenge the terms of the competitive society and work toward a more cooperative, more sustainable world order,” Douglas said. “This is an under-appreciated dimension of Du Bois’ thinking, but there is much to engage with and it remains timely.”

Douglas’ first book In the Spirit of Critique: Thinking Politically in the Dialectical Tradition was published by SUNY Press in 2013 and is still available on barnesandnoble.com. Douglas is co-writing a third book with a former student that will explore Martin Luther King Jr.’s critique of capitalism.