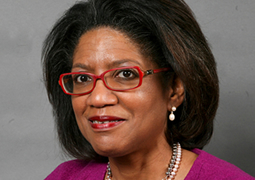 On Saturday, April 21, Morehouse College will formally remember Dr. Cheryl Allen, Ph.D., a longtime member of the Division of Business Administration and Economics who passed away earlier this year. A Memorial Tribute Service will be held in the Martin Luther King Jr. International Chapel Saturday at 2 p.m.
Allen, a former member of the Morehouse College Board of Trustees who worked at Morehouse for 25 years, was the first female dean of the College’s Division of Business Administration and Economics. She served as interim dean twice and was a distinguished professor. She taught classes during fall semester 2017 before her sudden passing on Jan. 29.
“She took no excuses, always maintaining high expectations for these young men,” said Keith Hollingsworth, Morehouse professor, division co-chair, and chairman of the Department of Business Administration. Hollingsworth also was a longtime friend of Allen’s.
“She was devoted to them and their well-being,” he said.
Allen, a Chattanooga, Tenn., native and graduate of Clark Atlanta University, came to Morehouse in 1988 after working as an auditor with the accounting firm Ernst & Whinney. She earned a master’s degree at Atlanta University and a doctorate at the University of Georgia.
In addition to her many activities at Morehouse, including taking business students on their annual Spring Tour, Allen was active in a variety of civic and non-profit organizations. Among her many activities, Allen was a member of Delta Sigma Theta, served three terms on the board of directors of the Sweet Auburn Curb Market, acted as financial advisor to the Southside Community Development Corp., and was a financial consultant to the Atlanta Committee for Public Education.
But dear to her heart was the education of men of Morehouse each year.
“Dr. Allen was such a significant part of my experience at Morehouse and provided constant encouragement and belief in my potential,” said Jeffrey McLeod ’08, a senior manager (audit) for Capital One. Dr. Allen had a unique ability to combine a technical knowledge of accounting with practical application and timeless wisdom. I was saddened to hear this news, but am grateful to be among those that God blessed to know Dr. Allen.”

Life of CDC Researcher Timothy Cunningham ’04 To Be Celebrated at Morehouse Saturday, April 21 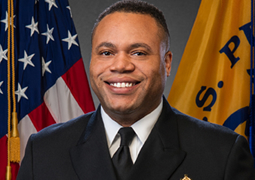 The end of Timothy Cunningham’s last conversation with her sister was like most of their chats, his sister, Tiara, recently told The New York Times.

“Love you,” she recalled them saying to each other. “I’ll talk to you later.”

Unfortunately, that was last time the two were to talk. Cunningham, an exemplary employee of the Centers for Disease Control and Prevention (CDC) and a 2004 graduate of Morehouse College, passed away on April 4.

But on Saturday, April 21, during a Celebration of Life service at the Martin Luther King Jr. International Chapel at Morehouse, family members, colleagues, classmates, and friends will remember an extremely bright, likable young man who was a highly regarded researcher. The service begins at 10 a.m.

Born in Montgomery, Ala., Cunningham lived in the Philippines as a youngster before he and his family settled in Maryland. After graduating from high school, Cunningham received a scholarship to attend Morehouse College.

A member of Phi Beta Kappa at Morehouse, Cunningham served as editor of the student newspaper, The Maroon Tiger, and belonged to several other organizations.

Cunningham graduated from Morehouse in 2004 with a degree in biology. He then headed to Harvard University, where he earned a master’s degree and a doctorate from the T.H. Chan School of Public Health.

Cunningham served as a research assistant at the Dana-Farber Cancer Institute, which was part of the U.S. Government Accountability Office, a pre-doctoral fellow at the Harvard University Prevention Research Center on Nutrition and Physical Activity, and editor-in-chief of the Harvard Journal of African American Public Policy at the John F. Kennedy School of Government.

He joined the CDC in 2010 as part of its Epidemic Intelligence Service and worked in the Division of Reproductive Health. Cunningham was selected as the team lead for the State Chronic Disease Epidemiology Assignee Program in the Division for Population Health, supervising CDC epidemiologists assigned to state health departments and supporting state chronic disease prevention activities.

Among his many accolades was being listed in Who’s Who Among America.

The CDC released the following statement about Cunningham’s service: “Timothy Cunningham’s colleagues and friends at CDC are deeply saddened to learn of his death. Tim was a treasured member of the CDC family and his work as an epidemiologist was invaluable to CDC’s efforts to protect the health, safety, and security of Americans.”